WHO Stalks Your Conversations in ‘Social Listening’ Program

In the latest dystopian story in the year of COVID-19, the World Health Organization is now monitoring conversations to have machines understand how to manipulate public conversation.

“The World Health Organization is collaborating with an analytics company to scan people’s social media conversations for ‘coronavirus misinformation;’ something the WHO calls ‘social listening,’” Reclaim The Net reported August 26. WHO released an August 26 blog, “Immunizing the public against misinformation,” where it described its methods to fight the “infodemic” of misinformation and maintain control over the conversation. One of these methods is “Social listening with artificial intelligence.” 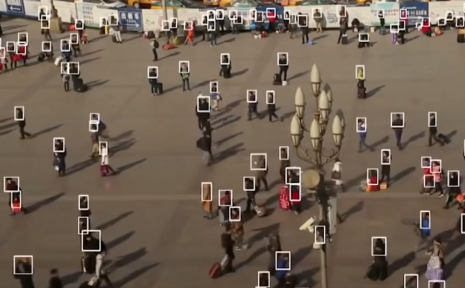 Rather than purely seeking what users think, now machine learning wants to know how users feel, which some may consider a disturbing development:

“Each week, the company reviews 1.6 million pieces of information on various social media platforms, then uses machine learning to conduct searches based on a newly developed public health taxonomy to categorize information into four topics: the cause, the illness, the interventions, and the treatment. This helps WHO track public health topics that are gaining popularity and develop and tailor health messages in a timely way.”

WHO Information Network for Epidemics (EPI-WIN) member Tim Nguyen explained the push-pull relationship between what the WHO hears and what information it sends out: “What we’ve learned now, after two and a half months of doing this kind of analysis, is that there are recurring themes and topics that are coming back over and over again.” Nguyen specified:

“What that means to us is that we need to re-push information at different times. People may not understand it the first time when we push it, but when the questions and issues come up later, it means it’s time to push it out again.”

WHO’s blog did specify which the Big Tech platforms it is using to scan conversations. It did, however, note that the WHO is “working with more than 50 digital companies and social media platforms including TikTok, Google, Viber, WhatsApp, and YouTube to ensure that science-based health messages from the organization or other official sources appear first when people search for information related to COVID-19.” It even mentioned that the dating social media app Tinder “now features WHO health reminders, because social distancing is still appropriate during a date.”

A hand-drawn graphic in the blog incorporated the logos of Facebook and Twitter, though whether there is a genuine tie with the WHO’s Social Media Listening program is as of yet unclear. While this is not evidence of Facebook being involved in this program per se, Facebook indeed has directed its users to the WHO to fight so-called misinformation on its platform, despite the WHO’s hapless history.