WHOA: Daily Beast Says Voting-Rights Bill Could Cause ‘Total Clusterf–k’ In 2022 If Passed The liberal Daily Beast website posted an article with the shocking title “How This Voting Rights Bill Could Turn the Next Election Into a Clusterf*ck.” Jessica Huseman reports that despite the media hype about a “landmark national expansion of voting rights,” it will be a disaster in 2022 if passed. 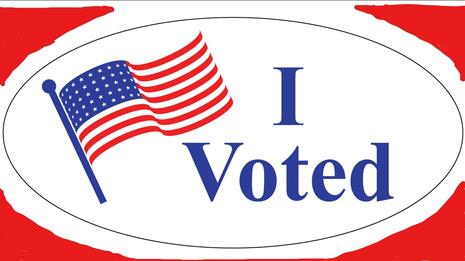 It’s likely you’ve heard virtually unfettered praise in the media for H.R. 1 — a nearly 800-page bill that passed the House this month and was introduced Wednesday in the Senate. The For the People Act is, truthfully, the best piece of legislation proposed to standardize and ensure voting rights for all. But the bar is low for voting bills, and this one barely clears it.

Why? Huseman says the aims of the bill are “laudable,” but “it was written with apparently no consultation with election administrators, and it shows. While the overall message is positive, it comes packed with deadlines and requirements election administrators cannot possibly meet without throwing their systems into chaos.” The anonymous sources were harsh.

“Listen, I’ll do this—if the law passes, I’ll follow it,” said one state-level Democratic election director in the southeast who declined to be named. “But I can’t guarantee it’s not going to be a total clusterfuck the first election.”

….Many of the changes the bill demands of election administrators are literally impossible to implement. Others would significantly raise the cost of elections but provide no assured long-term funding….

“I don’t know what they were thinking, honestly,” said the head of an elections nonprofit. “It’s a bad bill. The goals might be admirable, but it’s a fucking bad bill.”

….This person isn’t the only one who declined to be named when I asked more than 15 election administrators—a mix of federal, state, and local officials—to comment on the bill. It’s easy to understand why they blanched at offering their candid opinions.

After H.R. 1 was written in 2018, Huseman wrote “the staffers who did the hard work on it did begin to engage with industry groups and a few election administrators about the problems with the requirements. That the Senate did nothing to address the concerns of election officials has justified the feeling of many administrators that congressional Democrats see the bill more as a symbol—since chances of passage are low—and don’t seem eager to fix the bill’s flaws because of that.”

No, I’m not. I pointed out discreet problems that exist on a minority of the bills pages that are easily fixed and at the authors knew about it before they introduced the bill. That is a long way from convincing people not to support it. https://t.co/OjI3872rEY

If this bill is just about “messaging” or symbolism, you can see how papers like The New York Times are helpful publicity organs for congressional Democrats.