The billboard attacked Biden for considering eliminating an existing 20% small business tax deduction and increasing the tax rate for pass-through entities, a category which includes many U.S. small businesses, according to the Job Creators Network (JCN). The billboard said “WTF?!” and “HELL NO!” in reference to the potential tax hike.

“Small businesses are already at the end of their rope because of the pandemic-induced shutdowns,” JCN President Alfredo Ortiz said in a statement. “Hiking taxes on America’s entrepreneurs would be a bad policy at any time, but should be unthinkable now.” 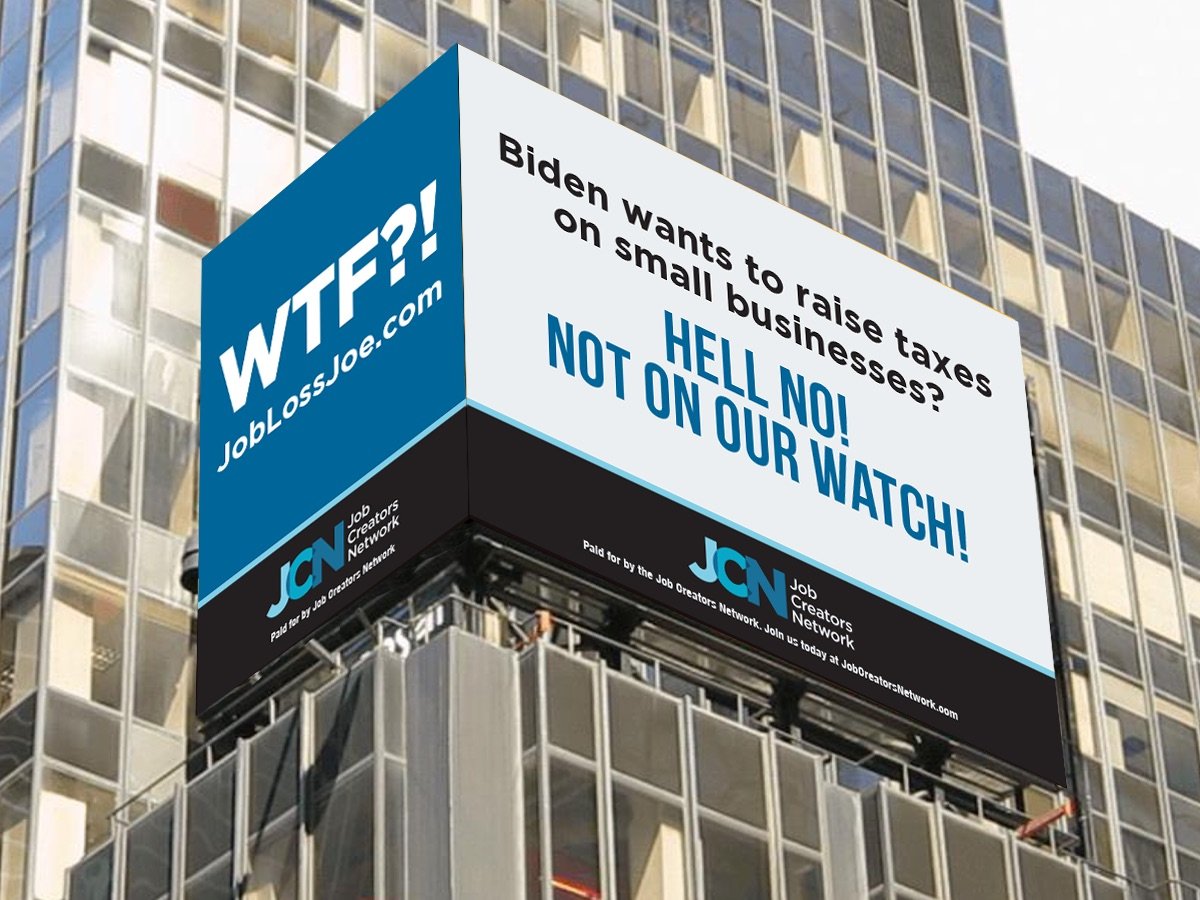 The billboard will be up for three weeks as part of a multi-million dollar campaign to educate the public on Biden’s job-killing policies, JCN said in the press release. The group has also created a website, which it says will continue to show the effect Biden’s policies have on the U.S. economy.

Biden has reportedly considered phasing pass-through entity deductions out as he prepares major legislation to overhaul the U.S. tax code, according to National Law Review. Many small businesses are taxed as pass-through entities, or individuals, but they are given a deduction that effectively reduces their tax rate from 37%, the highest bracket, to 29.6%, according to the Internal Revenue Service.

Removing this deduction would raise taxes on at least 90% of small businesses across the country, according to the National Federation of Independent Businesses (NFIB).

“Most of our members are pass-through entities meaning they pay the individual tax rate, not the corporate rate,” Jeff Brabant, NFIB’s manager of government relations, told the Daily Caller News Foundation in February.