‘You Mean the World To Me.’ Chris Pratt Honors Deployed Military Men and Their Families on Father’s Day 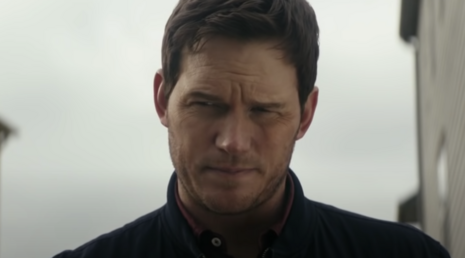 Guardians of The Galaxy star Chris Pratt continues to be a shining example of humility and gratitude in an industry dominated by vanity, self-righteousness and disdain for America.

For Father’s Day, the A-lister took time out of his Hollywood schedule to honor several U.S. military service members currently stationed overseas. In addition to sending them heartfelt words, Pratt bought dinner for their families and treated them all, military members included, to a sneak peek of his new action thriller, The Tomorrow War.

Pratt is hugely devoted to honoring the sacrifices of men of the U.S. armed forces, and father’s day presented him with another opportunity to thank those men whose sacrifice includes having to be away from their families for long periods of time.

Ahead of the release of his new film, Pratt surprised four deployed servicemen and their families with virtual meetings where he spoke to them, thanked them for their service, and promised to treat the men’s families to dinner and a preview of the film.

The actor told the families, “We’re going to give you guys, your families at least, a special dinner and a sneak peek of the movie that y’all can watch together. That’s coming from us to you with a tremendous amount of love and gratitude for your service.”

Pratt then went on to say just how much military members and veterans’ sacrifices mean to him. In a Q&A session held after his surprise announcement, he stated, “My favorite part of this life that I’ve been blessed to be able to live and lead is to be able to openly show support for our men and women in uniform.” He added, “You mean the world to me, I mean that.”

Pratt made waves on social media this past Memorial Day with a heartfelt Instagram post dedicated to the brave men of the U.S. military who gave their lives to preserve American  freedom. The actor is so passionate about the debt Americans owe to their sacrifice, that he also took time to rebuke critics of America, encouraging them to reflect on the fact that they can trash the country, its founding, or its law enforcement only because of the man who died to preserve their First Amendment rights.

“But never forget your right to free expression is paid for in blood,” he stated at the time.

Throughout the rest of his virtual Father’s Day meet-n-greet, Pratt talked about his own family’s connection to the military. He mentioned how his “brother went into the army and he’s now a sheriff’s deputy,” and, despite the fact that Pratt had always wanted to be an actor, he never forgot to remind himself how privileged he is because of America’s military heroes.