Your Bias Is Showing! Twitter Lets Jezebel Call for Sen. Sinema to Be ‘Absolutely’ Bullied Twitter, your bias is showing! The platform appears to have chosen not to enforce its rules on “targeted harassment” even when Jezebel told its readers they should “Absolutely Bully” Sen. Kyrsten Sinema (D-AZ). 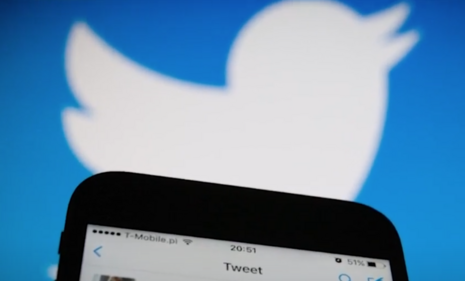 Jezebel, a vehemently leftist commentary site geared toward women, recently published a piece with a headline that originally read “Absolutely Bully Kyrsten Sinema Outside Of Her Bathroom Stall.” The piece attempts to justify the actions of left-wing activists who followed Sen. Sinema into a restroom as they demanded that she help illegal migrants gain citizenship. Twitter allowed the content to circulate on its platform even though its own rules on abusive behavior forbid “engag[ing] in the targeted harassment of someone, or incit[ing] other people to do so.”

Twitter’s policies explicitly ban “behavior that encourages others to harass or target specific individuals or groups with abusive behavior.” The platform’s explanation of its rules added that “[t]his includes, but is not limited to; calls to target people with abuse or harassment online and behavior that urges offline action such as physical harassment.”

The article’s initial call to action, “Absolutely Bully Kyrsten Sinema,” appears to “target” the senator and “urges offline action” in direct violation of Twitter rules. But the platform seems to have taken no steps to remove the content. Jezebel has since exchanged the word “bully” for the word “confront” but the original headline has remained in the tweets published before the editing change.

Jezebel directed activists to “Yell At”  Sen. Joe Manchin (D-WV), another Democrat who has pushed back against his party’s radical spending, just a few days before it published the Sinema hit piece. The author wrote that “[a]s a nation, we must come together to yell at Joe Manchin in the loudest, most disrespectful possible fashion until he gets with the program.” Twitter also allowed the hit piece on Manchin, like the more recent piece on Sinema, to circulate on its platform in apparent violation of its rules.

Twitter did not respond to MRC Free Speech America’s request for comment at the time of publishing.
Conservatives are under attack. Contact your representatives and demand that Big Tech be held to account to mirror the First Amendment while providing transparency, clarity on “hate speech” and equal footing for conservatives. If you have been censored, contact us at the Media Research Center contact form, and help us hold Big Tech accountable.