Bye Felicia! Former President Trump showed he’s officially done with the pettiness in an ‘It’s not me its you’ break up letter to his ex-acting union. 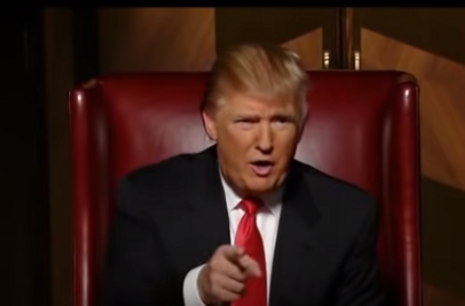 Since 1989 Trump has been a member of The Screen Actors Guild – American Federation of Television. Following the Jan 6 Capitol riots, SAG released a statement threatening to evoke Trump’s union membership. But Trump, being Trump, wouldn’t give them the satisfaction, and quit before possible expulsion.

SAG President Gabrielle Carteris requested that the organization remove Trump because “Donald Trump attacked the values that this union holds most sacred – democracy, truth, respect for our fellow Americans of all races and faiths, and the sanctity of the free press.”

She continued, “Our most important role as a union is the protection of our members. The unfortunate truth is, this individual’s words and actions over the past four years have presented actual harm to our broadcast journalist members.” Actual harm?

Trump wrote a saucy letter to show his “Who Cares!” attitude.

While I’m not familiar with your work, I’m very proud of my work on movies such as Home Alone 2, Zoolander and Wall Street: Money Never Sleeps; and television shows including The Fresh Prince of Bel-Air, Saturday Night Live, and of course, one of the most successful shows in television history, The Apprentice – to name just a few!

In his letter Trump also commented on his own contributions to the industry saying, “I’ve also greatly helped the cable news television business (said to be a dying platform with not much time left until I got involved in politics), and created thousands of jobs at networks such as MSDNC and Fake News CNN, among many others.”

SAG just didn’t like that Trump reached such a level of success. According to Trump, the union’s only roles were “collecting dues and promoting dangerous un-American policies and ideas.” As former POTUS, Trump knows quite a bit about protocol and indicates that SAG is full of policy and disciplinary failures. That’s not surprising considering they have lawsuits up the wazoo and exasperating unemployment rates. Pettiness hinders progress.

In a typical Trump fashion, the former president leaves a mic drop at the end of his letter.

“I no longer wish to be associated with your union. As such, this letter is to inform you of my immediate resignation from SAG-AFTRA. You have done nothing for me.” And SAG replied with a succinct “Thank You.”  While they’re thrilled the job is done, it was probably a stab in the back that they didn’t get to do it themselves — hence all the huffing and puffing.

SAG is making a mountain out of a molehill. They, like the rest of Hollywood, should drop the dramatics because “Who Cares!”