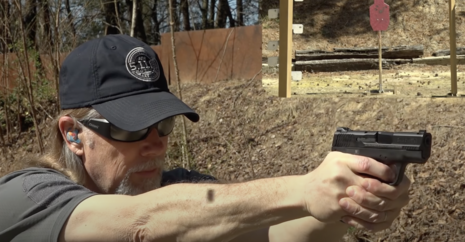 The channel has racked up more than 23 million total views and over 84,000 subscribers since 2012. Now, the channel is unable to earn money from the advertisements shown in the clips.

According to Reclaim the Net, the platform targeted content from the stream of a peaceful protest, since the channel “show[ed] someone holding, handling, or transporting a firearm.”

“From where I sit, it seems extremely arbitrary,” Justin explained. “There was no information given that was of any use to me. I have always tried to comply with policies and to the best of my knowledge, I do comply with their policies of YouTube and, but they say ‘harmful content’ is the reason.”

Justin noted that because his channel is so small, he doesn’t have a way to discuss the decision with the platform or appeal the decision.

“‘We’ve made this arbitrary and vague ruling that drastically affects you, good luck with that,’” Justin added.

He further noted that since the ad revenue from his videos covered between 40-50% of the expenses to run the channel, managing the channel without that income will be a struggle.

“I have recently invested a whole lot of money, a whole lot of money in video-making gear and equipment,” Justin said. “So, it’s ironic that having just spent all this money and learning to play with some of these new tools, comes at a time when YouTube says ‘Oh and by the way, we’re not gonna allow you to make a single penny from your videos.’”

In a video addressing YouTube’s decision, Justin asked subscribers to support his Patreon account to help the channel recover some of the lost income.

“For my channel, it’s never been more than a handful of loyal viewers that contribute, and to whom I remain extremely grateful. Crowdfunding is not a great long-term option because it is so volatile, but it does help. My Patreon model is that patrons are charged only when I create content – so there is no danger that you’ll pay a monthly donation and no new video will be released. It’s ‘per video’ for that reason. You can also set a limit so that you know what your max contribution will be with no surprises. I don’t like to be the Oxy-Clean guy in every video and beg people to join…but it’s there.”

Justin’s channel isn’t the only firearms-focused channel YouTube has demonetized. The Honest Outlaw and C&Rsenal are other examples of channels that have been demonetized under the platform’s vague content rules.

Conservatives are under attack. Contact YouTube at 650-253-0000 and demand that it not target conservatives. If you have been censored, contact us at the Media Research Center contact form, and help us hold Big Tech accountable.